How is the SASQ used?

The SASQ is used for selection, training and development. It is primarily used for sales selection in various industries. In hiring situations, the SASQ can help select the right people for sales and other positions that require resilience to overcome adversity. The benefits of the SASQ are not specific to a particular industry or position, but can be used in any position requiring persistence under adversity.

In training applications,the SASQ identifies specific areas of strength and weakness, which can facilitate the training and development process. This information can also be used to identify those who would benefit most from a training program.

Selection of salespeople is a particularly good application of the SASQ, given the high degree of adversity common in most sales positions. Research on the SASQ has come up with an interesting finding. Of all the populations we've tested in the last 20 years (and there have been hundreds of thousands of participants in the research), no group has higher optimism than salespeople. Salespeople have higher optimism than managers, than executives, higher even than Olympic level athletes.

This makes sense when you consider how much adversity most salespeople have to overcome. We've found that it is the rare person who has what it takes to bounce back from frequent setback and excel. That's why high turnover and burnout is so common in sales. A good training program can only go so far.

How is the SASQ administered?

The SASQ can be easily administered by any responsible person in your organization and takes about 20 minutes to complete.

Questions about research and validity?

The SASQ was researched for years by scientists around the world, before it was introduced for business applications.

Over 500 studies conducted at over 100 universities around the world have proven the validity of the SASQ as a predictor of performance, well-being and motivation.

Research has shown that the SASQ predicts sales productivity in many industries -- telecommunications, financial services, office products, automotive, banking, and real estate, to name a few. Optimistic salespeople in these industries outsell the pessimists by 20% to 40%.

Further, studies reveal that test-takers cannot "beat the test," even when offered a financial incentive to do so. In other words, it is extremely difficult to outsmart the questionnaire and improve the score. We would be happy to send you an article on this research.

This foundation of scientific research is, we feel, one of the strengths of this instrument, especially when it is used for selection, where there are legal requirements to prove that the test predicts job-related success.

I'd like to test a few of our employees and see how they do.

We would be happy to give you an opportunity to test yourself or a few employees using the SASQ so you can give it a trial run and see how it works.

Regarding your desire to test the validity of the test, we feel obligated to say that this is not a scientifically acceptable way to determine the effectiveness of a test. To draw scientific conclusions from the analysis, the number of subjects in a study should be at least 100 and the relationship between the test score and an objective measure of productivity must be statistically analyzed. A pilot study can be done with a smaller number of subjects, but the results would be less conclusive if not meaningless.

There are many scientific studies that address the validity of the SASQ, and we would be happy to send some of these articles.

We'd like to do our own research on the SASQ. Can you help?

We have extensive experience designing and conducting research, so we'd be happy to work closely with you on this.

We tested a few of our employees and we got different results than we expected.

It is a common misconception that people believe a valid test should be a perfect test. Even though the SASQ has been statistically validated as a predictor of productivity, this does not mean it is infallible. Human behavior is far too complex to predict with certainty. Questionnaires like the SASQ are not infallible and do not predict the future with certainty. They simply give statistical probabilities. Research has proven that, on the average, optimists significantly outproduce pessimists.

In determining the effectiveness of a test, the question to ask is not whether the instrument is always correct. There is no such thing as a psychological test that is always correct and the SASQ is no exception. The right question to ask is whether you will make better decisions with the SASQ or without it. Our research indicates that better decisions will be made with the SASQ.

Also, there are numerous factors that go into being a productive employee. The SASQ measures an important factor -- optimism and resilience under adversity -- but there are other important factors. For that reason, the SASQ score should not be used as a sole basis for any hiring decision, but is intended for use in conjunction with other valid personnel selection methods. Having a high aptitude on another factor could compensate for a low optimism score, and vice versa.

Can we/should we customize the SASQ for our company/industry?

There are two points that can help shed light on this question. First, since the test has been validated in hundreds of studies, any changes in the SASQ could undermine the validity of it. Second, the way the SASQ works is by assessing each individual's subjective, idiosyncratic responses to hypothetical successes and failures. So it is actually better to measure the individual's response to events he or she has not experienced rather than an event he or she has experienced. That way, we are more likely to get an accurate reading on their personal style, uncontaminated by the reality of a particular situation. It's a little like a Rorschach (inkblot) test, which measures an individual's response to ambiguous stimuli.

I'd like to use the optimism questionnaire that appears in Dr. Seligman's book, Learned Optimism.

The optimism test that appears in Learned Optimism was created specifically for the book, since we didn't want to give away the keys to the castle. There is no research on the test that appears in the book, so this test is not available for business applications. Our company, however, markets the optimism test that has been scientifically validated in hundreds of studies over the last 20 years.

How does the SASQ measure optimism? What is the theory behind this?

Research on the SASQ scientifically proves the common sense wisdom that optimistic beliefs can be self-fulfilling prophecies. The SASQ measures optimism by asking test-takers to answer a series of questions about their expectations for success and failure. Is adversity perceived as unrelenting or short-lived? Are setbacks viewed as overwhelming disasters or as manageable hurdles that can be overcome? Is adversity seen as a challenge to be confronted or as an insurmountable obstacle to be avoided?

Optimists believe that adversity is short-lived and manageable, so they will typically take action to overcome obstacles. Optimists are also likely to rebound quickly following defeats and cope well with frequent frustration and stress, maintaining confidence and motivation following setbacks.

Does the SASQ comply with the various federal guidelines?

The SASQ complies with Equal Employment Opportunity Commission guidelines: The SASQ has job-related predictive validity for sales positions and has no adverse impact. That is, the SASQ does not discriminate by gender, race or age and it is in compliance with the Americans with Disabilities Act (ADA) guidelines on employment testing.

What is the purpose of the One Major Cause (on the questionnaire)? 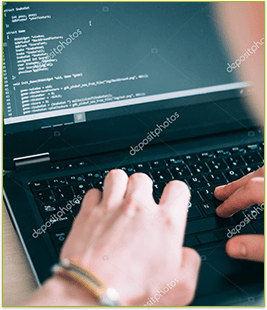